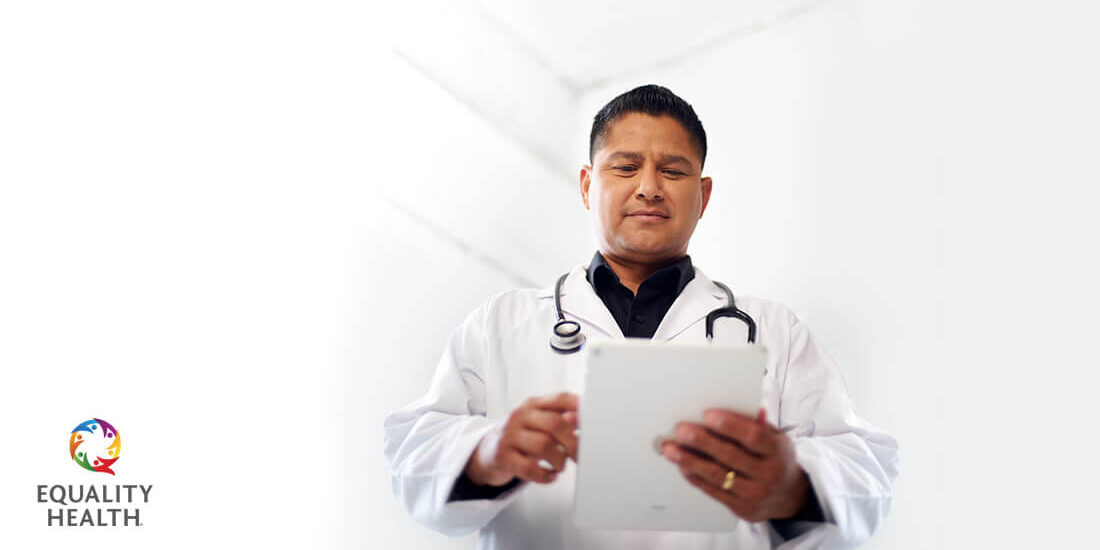 The decline in patient volume for private practices has been concerning during the COVID-19 pandemic. With the decline expected to continue, Equality Health’s Lisa Stevens Anderson has helpful tips for small practices regarding finances, staff morale and more. Read her comments in the article below.

Coronavirus practice guide, part 1: Financial steps to save your practice during the coronavirus outbreak

This article as original published in Medical Economics and is one of three articles aimed at helping small practices survive the COVID-19 crisis.

The outbreak of the Covid-19 virus is having a financial impact on private practices nationwide. Experts say that many practices are seeing a decline in patient volume as people try to avoid doctors’ offices unless they have no other choice, and that decline is expected to continue as the crisis broadens.

“This is especially true for primary care offices,” says Lisa Stevens Anderson, president of Equality Health’s Management Services Organization division, who oversees 1,200 primary care physicians. “They are the lowest paid on the physician spectrum and have the busiest offices. They are the ones during the initial phase that are the hardest hit as they try to adjust to the new normal and how to maneuver in this business environment.”

Right now, there are so many unknowns that keeping a practice profitable is a daunting challenge. If the crisis lasts for months, as many expect, it could threaten the viability of practices that were already struggling as patient volume continues to decline. Experts say practice leaders need to accept that their practice is most likely going to take a financial hit and start planning accordingly.

“This could have a major impact on each practice,” says Owen Dahl, MBA, FACHE, a medical practice management consultant. “Throw in an employee who gets the virus or has to stay home because of their kids, and it could become a major issue.”

Dahl says to start running projections on what the practice finances would look like if revenue dropped 10, 20, 50 or even 80 percent. “Building pro formas on what the impact would be is critical,” says Dahl. “Start there, then look at what patients you need to see and what you can do to generate revenue in some fashion.” With the loosening of telehealth restrictions, some practices may be able to keep patient volume up while still getting reimbursed by Medicare and commercial payers.

“You have to really over-plan at this point,” says Joseph Valenti, MD, board member of The Physicians Foundation. “We could really be looking at many months of problems, and a lot of practices may not survive that. We can’t get into a situation as a nation where physicians are unable to keep the doors open financially and are unable to take care of patients when they most need them.”

Expenses need a careful review after the projections are complete. “You may have to lay off employees or rotate staff to work alternating days,” says Dahl. “You don’t want to lose staff if you can help it, because you will need them to recover.”

If a practice doesn’t have a line of credit, Dahl says, now is a good time to apply for one. The money could be the difference between practice survival or going out of business. “It’s for these kind of emergency situations,” says Dahl. The proforma projections will help determine where the money needs to be spent.

Valenti says an SBA loan is another option if a line of credit isn’t available, and that doctors should not be reluctant to reach out to vendors to renegotiate or ask for more repayment time. Because some vendors won’t send more products if payments are in arrears, Valenti says it’s important to reach out and explain the situation to see if they will grant an exception.

“The same thing goes with rent—you may need to ask for a lease abatement,” he adds. “You have to make your practice as trim and fit as possible. All you can do is ask, and the worst thing they can say is no.”

Don’t forget professional associations, says Anderson, who notes that many are providing resources and guidance to their members during the emergency. For example, the American Academy of Family Physicians (AAFP) recently called on Congress to establish a 24-month, interest-free loan program for small and independent practices that have been negatively impacted by the COVID-19 crisis. The AAFP has also called for provisions that would require Medicaid to reimburse at Medicare rates and has also asked for a grant fund so that small practices could purchase telehealth equipment.

Doctors should also look at a worst-case scenario. If the practice had to close because too many employees are sick, or all the doctors are sick, it could trigger business interruption insurance coverage. So Dahl says to make sure to understand what is and isn’t covered and prepare accordingly.

Boosting staff morale is also key to maintaining focus on patient care and to getting everyone to work toward keeping the practice open. “I think it’s important, so say to the staff: ‘Let’s get through today and not think about the future, but two to four weeks from now, let’s start to think about what the future holds,” says Dahl. “What does it hold, how can we make sure we improve care and come out of this whole?”

“Recognize the stress the staff is under,” says Anderson. “Make regular, timely communications about efforts to maintain the office, take care of patients, and maintain financial viability. If employees don’t have information, they get scared.”

If staff cuts are being considered, Anderson says to explain the situation to the staff and see if they have any ideas. Instead of assuming no one wants their hours reduced, for example, someone may volunteer because of their current life circumstances. “If you can stay connected during this time you can increase and reinforce their loyalty,” she says.

Valenti says that the crisis might help reaffirm the important role of physicians in the healthcare system. “With the relaxation of some of the CMS rules, I think we are about to demonstrate why over-regulation is not a good thing,” he says. “We all need some regulation, but when it’s overdone, it hinders our ability to practice and we become less efficient. I think deregulating some of these things during the pandemic will prove we don’t really need them.”