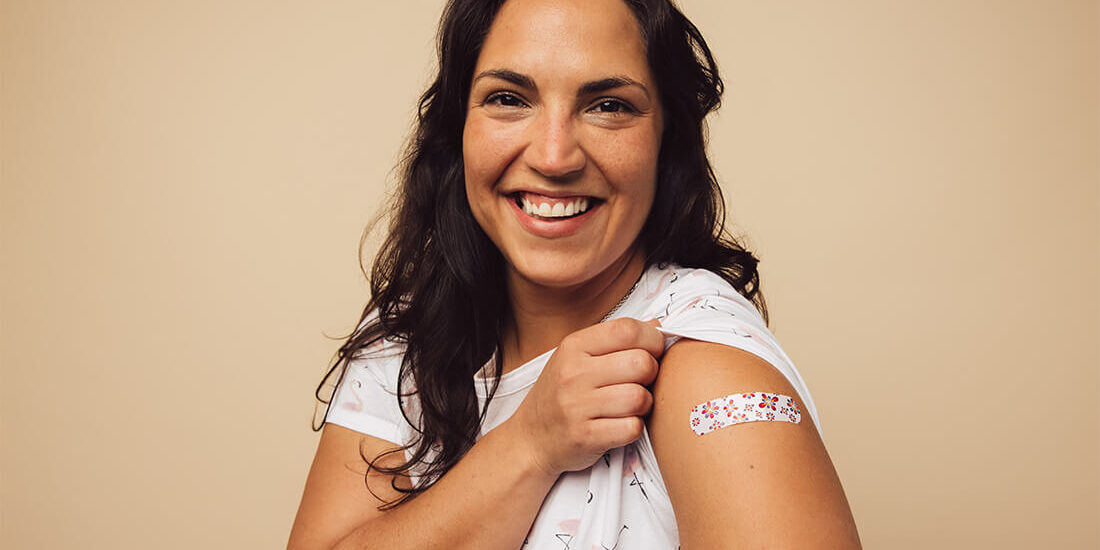 Most people don’t look forward to getting vaccinated. Maybe for the promise of protection, yes; but not for the ouch of the shot and possible reactions. For some of you, the hesitancy might go beyond skin deep. Memories, history and stories may make you shy away from any kind of vaccination.

Vaccines are created to keep highly contagious and deadly diseases under control and, ideally, totally eradicate them. Smallpox, polio and measles are examples. Maybe you’ve never heard of some of these diseases, or you have but don’t know anyone who has had them. The reason is because of successful vaccine campaigns.

Remember the smallpox vaccine? If not, ask your grandparents about receiving it. Some will talk about that painful arm, a brief fever and a forever scar. Smallpox devasted the world for thousands of years and practically wiped out whole civilizations. Because of a worldwide vaccination campaign started in 1959, smallpox no longer naturally existed by 1980.

The highly contagious polio virus that terrified American families for more than 50 years caused common flu-like symptoms for most. For some, the disease attacked the brain and spinal cord; one out of 200 of those were paralyzed and two of 10 of the paralyzed died. Once a vaccine became available in 1955 and people received it on schedule, the U.S. became polio-free by 1979.

Measles, which kills 30% of its victims, has been around since at least 800 A.D. It became so common in the U.S. that by the 1950s, nearly all children got infected before they turned 15. Because of the vaccine campaign started in 1978, infection decreased by 80% by 1981; and measles was declared eliminated by 2000. Measles will stay eradicated as long as children receive the required two MMR vaccinations on schedule.

The Dark Side of Medicine

Along with the triumphs of overcoming disease, medical history has had dark moments. The Tuskegee Study of Untreated Syphilis in the Negro Male is one of them. Six hundred black men took part in the study (399 had syphilis) that started in 1932 on the premise they were being treated for “bad blood” and they would receive free exams, meals and burial insurance. Though the study lasted for 40 years, none who had syphilis received the penicillin required to cure them.

During most of the time of that study, segregation was an accepted way of life. When exposed by the Associated Press in 1972, society had changed enough to demand justice. This resulted in not only the remaining participants receiving lifetime medical benefits, but their families too. Today, cultural diversity has increased even more, and many organizations exist that promote equal rights for all cultures. Equality Health believes in equal healthcare.

A Chance to Choose

Maybe you have come across a website or social media post stating vaccine “hot lots” exist that cause higher adverse reactions; poisons, diseases or even computer chips lurk in vaccine serum; or that a vaccine transmits the disease itself. People around the world, including the U.S., remain resistant to vaccines because they received incorrect information stating vaccines cause sterility or autism.

Doing research is not only good but encouraged. For every minute you spend reading social media or websites with information not supported by evidence or outdated, spend the same amount of time reading what the Centers for Disease Control, National Institutes of Health or esteemed medical institutions such as John Hopkins or Mayo Clinic have to say about a subject.

Disease will always be a part of life and frankly, some of the more deadly microbes may not go away until a vaccination campaign obliterates them. Your decision to get a vaccine makes a difference. If you have any questions, talk to your provider. If your children need to catch up on their vaccinations, schedule an appointment today! If you need a provider, visit the Equality Health provider directory.

For information about the COVID-19 vaccine, visit the Equality Health website or go to CDC.gov.