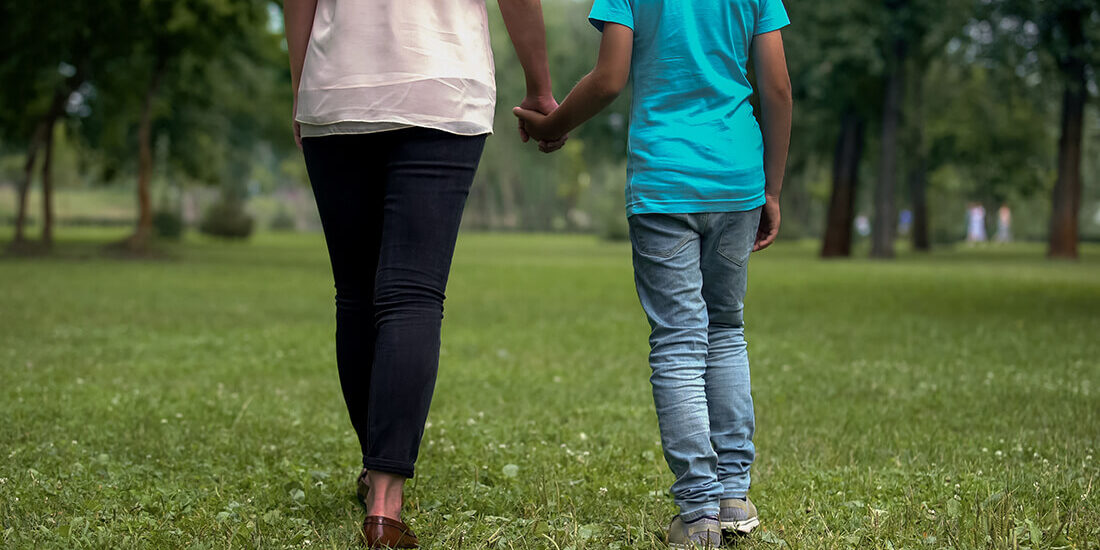 It happened again. An individual we’ll identify as “ES” in order to protect our member’s privacy, had another mental health crisis. The teen, who lives with his family in the East Valley in Arizona, had begun showing signs of severe mental illness over the past several months and symptoms progressed, causing danger to himself and to others. This time he landed in police custody. But how did it get to this point despite the love and perseverance from his mother?

Holding It Together but Losing Faith

ES’s mother, who we are identifying as “MS” to protect her privacy, is a single mother of four who only speaks Spanish. Her son, ES, is a special needs child, but he’s not MS’s only special-needs child. So, when it comes to providing for her family, she has plenty of obstacles to overcome. Though often tired and hopeless, MS continued to try to keep things together out of love for her family. But her determination did not stop the deterioration of ES’s mental health condition. As it grew, so did the discord at home.

ES had put up a fight about attending school and he didn’t want to take the medications he needed to stay mentally stable. Since his symptoms and behavioral health diagnosis were outside of the scope of what a primary care physician (PCP) could typically manage, ES frequently ended up at nearby psychiatric facilities where he stayed until he stabilized and got discharged with some prescriptions. But ES never received the additional support he needed for his mental illness. MS couldn’t help but feel anxious and fearful about what the future would hold for her son. When would he graduate? How would he live on his own? Could he work?

ES started to become physically aggressive with MS and began wandering the streets. MS didn’t know what to do next. Without help to manage her son, she faced the possibility of having to file a restraining order just to keep herself and her other three children safe. Having run out of options, MS started losing faith—until Equality Health’s Care Team got involved.

Calling on a Team of Trusted Helpers

One of Equality Health’s chaplains, Cesar, had made the usual outreach call following each of ES’s hospitalizations to ensure follow-up appointments were scheduled for ES and to offer any additional support the family needed. During these calls, MS had a chance to express her feelings of isolation, hopelessness and exhaustion.

Cesar understood MS’s challenges and always offered support, though at times even reaching MS was difficult due to the demands of being a single, working mother of four. Cesar could clearly see the family needed more help and he referred MS to Equality Health’s behavioral health social worker, Guadalupe “Lu”, for assistance.

“ES was very unstable at the time when I visited,” Lu said. “His mother was very overwhelmed with ES’s mental illness. She did not know what to do. ES was noncompliant with his meds and wasn’t going to see his psychiatrist.”

ES had reached the point of needing involuntary treatment to keep him safe. Lu had hoped she could assist MS and ES by scheduling a mental health appointment with an agency that specializes in treating transition-aged youth with symptoms of psychosis. Unfortunately, the need for these services is great and the wait for an appointment is long. ES and his mother needed help now. Despite her efforts, Lu was not able to successfully engage ES to voluntarily seek the additional mental health treatment he needed.

Even so, for MS, the outreach provided by the Equality Health Care Team proved invaluable. She knew she could turn to Equality Health for guidance when ES went into police custody. When she called, she learned she could file a mental health petition to get an order from the court to place ES into treatment. MS was ready to take that step.

Lu assisted MS with the emotional and arduous legal process of filing the petition. The process requires a judge to oversee witness testimony by the petitioner, namely MS. Lu remained in close contact with MS and walked her through every step.

“With guidance from me and the help of Equality Health’s Director of Behavioral Health,” Lu said, “ES’s mother found the courage to call the Maricopa County Crisis Hotline (602-222-9444) and start the process of getting her son petitioned.”

The petition was accepted. ES was transferred to a mental health facility where he began receiving inpatient treatment. Not only did Lu continue to offer support and guidance to MS but she and the Care Team went the extra mile to ensure seamless coordination with the facility’s social worker throughout ES’s treatment—a feat that requires commitment and a passion to serve. Lu successfully relayed important information between ES’s mother and the social worker and kept tabs on ES’s progress.

ES successfully stabilized and started a medication with proven efficacy for his specific condition. Then the Equality Health Care Team connected him with the missing link crucial to ES’s well-being: A behavioral health group home where ES could continue his mental health treatment and receive daily assistance and coaching with his physical health needs, all under one roof.

“It feels very gratifying to know that I was able to help and support a family in distress,” Lu said. “I’m proud to be an Equality Health trailblazer. We made a difference for MS, ES and the rest of the family. It takes a village sometimes, but ES is safe and stable thanks to the support of the Equality Health Care Team and other community partners.”

Finding Stability: The Road to Recovery

During a telephonic visit with Lu, ES’s mother gave a good report. ES has not been hospitalized since the judge OK’d the petition, he continues to reside at the group home, and he is learning skills to manage his condition. But perhaps most importantly, ES is repairing his relationship with his mother. He became a dishwasher at the same restaurant MS works at and has plans to finish school and earn his diploma. MS is grateful and relieved to see her son healthy, safe and off the streets.

Having weathered the chaotic crises with her son, MS now has peace in her heart and at home knowing that ES is stable and motivated to work, go back to school and someday soon find his own place to live. MS gave thanks and blessings to Equality Health for the support and guidance she received during her difficult time with her son.

ES is certainly unique, and his road ahead may be long and at times winding but obtaining the right care at the right time with ongoing support will surely give him the greatest chance of a full recovery and ongoing success.

According to the National Alliance for Mental Illness, 1 in 6 U.S. youth aged 6-17 experience a mental health disorder each year; 50% of all lifetime mental illness begins by age 14, and 75% by age 24; and suicide is the 2nd leading cause of death among people aged 10-34.

If you or someone you know is in crisis, please call the 24-Hour Suicide Crisis Hotlines:

For more information about Equality Health and to find a provider near you, visit: www.equalityhealth.com/members. Need a doctor? To learn about providers in the Equality Health Network, call 1-833-CARE-100 (1-833-227-3100).