Managing Breast Cancer: Early Detection may Save Your Life

Know the signs you should look for.

Monica Miller was 48 years old, premenopausal and had a routine mammogram screening scheduled for the next week. Out of the blue, while working her nursing shift, Miller felt like a bee stung her right breast. She called it “a sign from something.”

“My grandma, a higher power,” Miller suggested. “Whatever you want to call it. Something gave me the notion to feel there and push down a little bit.” When she did, Miller felt an unfamiliar lump. She ended up having a diagnostic mammogram, which meant she would receive an ultrasound.

“What’s very interesting about this is,” Miller continued, “had I not felt that sting before going for my screening and switched to getting a diagnostic, the mammogram would have come back negative because the tumor was hidden behind the dense breast tissue.”

Miller’s vigilance over her breast health and attention to that “sign from something” gave her the upper hand in her diagnosis. Doing something is half the battle. Viridiana Zendejas, Program Director at Cancer Support Community Arizona, said avoidance, even after decades of breast cancer awareness, is still too common an occurrence.

“I have a lot of Latinos and Latinas that come through my door and say, ‘I just don’t want to go to the doctor and find something’,” Zendejas said. “Well, if you go to the doctor, the probabilities of them being able to detect something quicker and address it quicker are higher, which is a great thing. We want them to address it earlier in the process.”

According to the Susan G. Komen Foundation, the warning signs of breast cancer are not the same for all women. The most common signs are:

If you have any of the warning signs described, see a health care provider.

“Breast cancer rates in the Asian community are increasing,” said Dr. Jason Ahn, Equality Health’s Chief Development Officer, CA Market. “Early detection and screening are the best methods of management, especially for those who have a family history of breast cancer. No one should die from breast cancer if it is caught early.”

And no one, Zendejas said, needs to go through their cancer experience alone. This sure made a difference for Miller who, even though a nurse, had no idea what was coming. “There were other women who were willing to share their stories and experiences with me that I never even met,” Miller said. “They gave wisdom, knowledge and hope.”

As one of the American Cancer Society’s first Portrait of Hope spokespersons, Miller added that, along with a good diet, remaining emotionally tuned in plays an important part in a cancer diagnosis.

Zendejas said one of the biggest barriers in the Asian communities she serves is the focus on going to the doctor and not on emotional needs. “But it is important to care for the emotional well-being,” Zendejas said. “I think that has a lot to do with the progress or the improvement in the cancer diagnosis.” 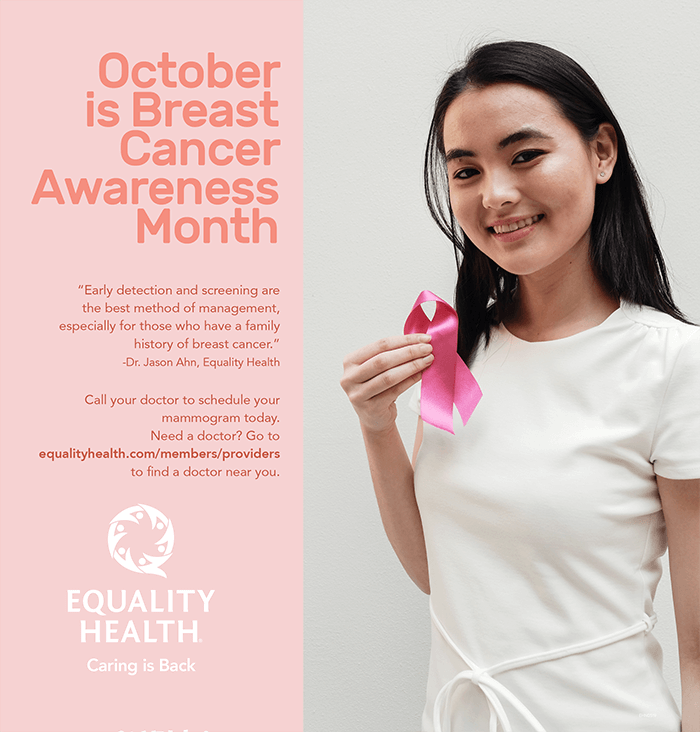