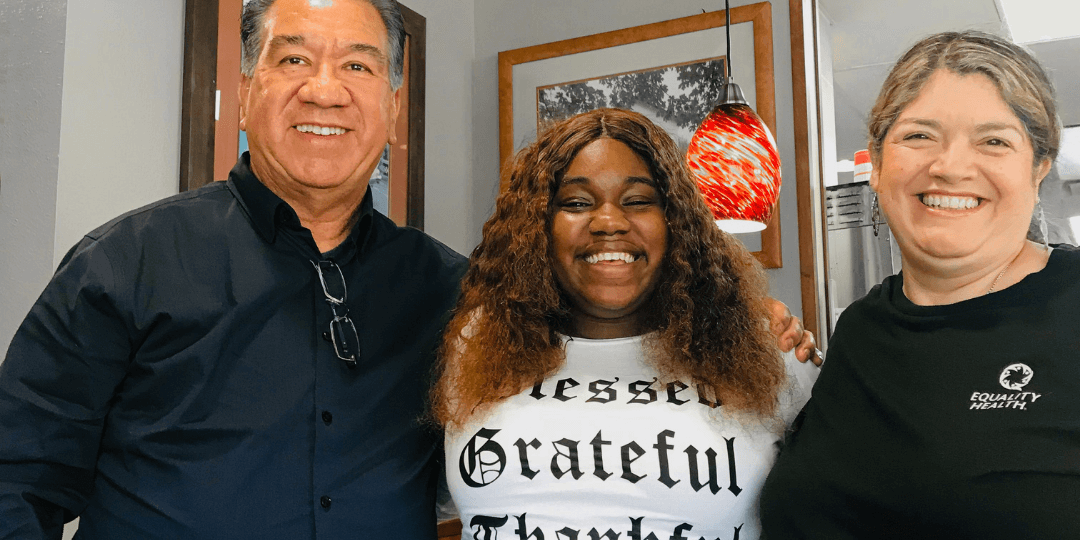 A Mended Heart:
A Story of Love, Light and Hope

All JB ever wanted was to be a “normal” healthy 19-year-old girl living a normal teenage life. But due to a hole in her heart from a birth defect, the Houstonian wasn’t able to attend high school activities or experience life as a teenager. She had no idea what teenage life was all about. JB did know that she wanted to go to college, have a career and live a healthy life. To achieve her dream meant undergoing heart surgery to mend the hole in her heart. The surgery, however, sent JB on an unexpected journey of love, light and hope.

Being the ambitious young woman that JB is, she started college to study pastry arts prior to her surgery, knowing that she wouldn’t be able to take part in normal college life because of her health issues. The heart surgery would give her the ability to do all the things she dreamed of.

“However, I didn’t know the surgery would have such a big aftermath,” JB said. “I had a hematoma, went to the hospital three times, had to wear a heart monitor to help get my heart into a normal rhythm and had seizure-like symptoms. It was just too much. The crazy part is none of this was intended to happen.”

Even her doctors called her “a fragile case.” Between the complications during recovery and three to five doctor appointments a week, JB ended up missing too much school and had to withdraw. The death of her dream sent JB on a downward spiral that left her feeling depressed and isolated. JB started seeing a therapist but just could not get out of her funk. She hit a wall — until Equality Health’s Care Team got involved.

Equality Health’s community health worker, Tina, placed the typical outreach call to assist JB with making a follow-up appointment with her doctor. During the call, JB shared she had been feeling anxiety, isolation and frustration. She was worried about what the future had in store for her and how her current physical situation affected her ability to continue attending college. While Tina encouraged JB to hang in there and assured her that she’d be back to where she wanted to be physically, she could see JB needed something more.

“I knew JB’s doctors could help her with the physical transition,” Tina explained, “but I also felt she would benefit greatly by speaking with one of our chaplains.”

JB was open to Tina’s idea. “Just hearing someone else say ‘Hey, I don’t know you very well, but I know something’s up. I can connect you with someone that will help uplift you.’ helped me.” Tina’s encouragement and insight gave JB hope.

JB had lost her mother to breast cancer when she was 14 years old. When her mom found out she had incurable cancer, she shared scriptures from the Bible with JB and told her, “This is what is going to help you survive.” After her mom passed, JB began to listen to preachers that her mom used to listen to. Her faith helped JB continue to see the light even during her darkest days.

When Equality Health’s chaplain, Cesar, first talked with JB, he could see she knew her Bible and learned that she prayed daily. Equality Health chaplains are trained to meet each member where they are, no matter what the member’s culture or creed. Cesar clarified scriptures based on her belief. He also discovered the deep-seated worries JB had and how important her upbringing was to solving them.

“Although JB shared her story and the many challenges she’s had,” Cesar recalled, “she never was negative or expressed self-pity. As she told her story, I wrote seven things about JB that I shared with her after she finished her story.”

Cesar’s sincerity stopped JB in her tracks. No one ever told her the things about herself that he told her. She wondered if Cesar really meant what he said.

“I responded yes,” Cesar said. “In her voice I heard the voice of every healthy teenager saying, ‘I just want to be normal, to be able to enjoy my youth, go to college and have a future.’”

A Mission of Love 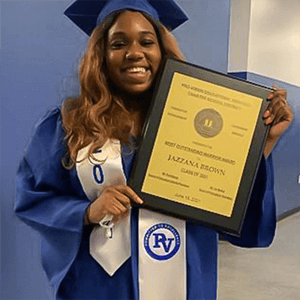 When Tina accompanied JB to her next doctor’s visit, her doctor could not believe what she was seeing and hearing. Was this the same patient she treated two weeks earlier? Her doctor expressed how glad she was to see JB so positive and encouraged, but had to ask, “what happened?”

“I owe it to my entire care team,” JB explained. “To my chaplain who makes me laugh and takes the time to really listen to me. To Tina, my community health worker who cares so much about me. To my doctor and all my specialists. I’m so thankful and blessed to have a whole community of people who care.”

Caring for people and helping them mend is not just a job to the Equality Health Care Team, it’s their calling — it’s their life’s mission.

“I was so humbled and blessed by JB’s statement,” Tina said. “She is a proactive person, very mature and very compliant; and that makes our job as chaplain and community health worker that much easier. I’m very appreciative and I love this girl. We all at Equality Health do our part to make a difference in the lives of our members and her statement, well, it was confirmation of why we do what we do and why we do it differently.”

Cesar said that when he first shared JB’s story and how Equality Health impacted her life, he cried. Not, he said, for sorrow but for joy.

“That’s who we are at Equality Health,” Cesar said. “That’s why we’re all here. We want to make a difference. And to have someone like JB — an overcomer, proactive, never negative, always talks about her grandma and siblings and so inspiring — I just cried.”

When Cesar did another telephonic visit with JB, she told him she’d been sharing the love of Jesus with people she meets and recognized God’s blessings and hand upon her. JB also started to write praise songs. She wants Cesar to be the first to listen to them when she finishes writing them.

“I can’t even read you the words to them today. I will begin to cry because of what God is doing in my life,” JB told Cesar. “I know we are not of the same color, but I want you to know you are my brother in Christ and I will always be your sister. Thank you, Mister Cesar, for all your support and for listening to me.”

JB may not be like every other 19-year-old girl, but she sure is back to normal and living the life of her dreams. And be assured, this young woman’s story of love, light and hope has only just begun.